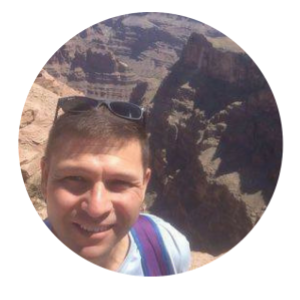 Jo Richards
Jo is a MyCU Graduate who used to be a buyer and reviewer at a big sporting goods store. He now works as a camp instructor and ski coach between South Africa and Colorado. He loves anything to do with outdoors but is happiest on the slopes or water. Follow me on Twitter or Quora or Linkedin

Looking for some amazing climbing movies? Whether you’re seeking inspiration or just a thrilling and immersive experience, there are some incredible options available.

In this guide, we’ve broken down our five top picks. We loved each and every one of these films, and, as climbers, we believe that they are essential watches for anyone interested in the sport. They offer a window into the most extreme feats of climbing in history and tell fascinating tales of the world’s most talented climbers.

No matter if you’re a pro or just starting out rock climbing, your eyes will be glued to the glass from start to finish. And you’ll be unshakably captured by the unbelievable stories.

So let’s dive in.

Who doesn’t love a good doccie? The real world has a habit of creating stories that are better than fiction. Climbing documentaries are informative and exhilarating, and knowing that the stories are real makes them all the more gripping.

Get your nails ready for biting as one of the world’s best climbers teeters thousands of feet above Yosemite’s rocky ground – without any ropes or a harness.

In the past few years, Alex Honnold has become something of a superstar in the world of rock climbing. He’s an incredibly talented climber who lives and breathes the sport. So much so that he’s spent years living in a van in Yosemite Valley, where he can be close to some of the world’s best rock climbing.

Alex specializes in the insane discipline of free solo climbing. If you haven’t heard of it, free soloing is a style where the climber ditches ropes and safety gear, leaving them entirely exposed to bone-crushing falls. And Alex Honnold has been pushing the discipline to its limits.

This new climbing movie follows his outrageous attempt to free solo El Capitan in Yosemite National Park – over 2,000 feet of sheer, coarse-grained granite. This is a route that, just a few decades ago, would take climbers days to ascend, with ropes and safety gear in tow. Alex did it in just a few hours, without anything between him and a fatal fall.

It’s beautifully shot and really pulls you into the experience, setting your vertigo alight. You’ll catch a glimpse into Alex’s inner life, his obsessive preparation, and his calculated thought processes.

It’s a film that’s not to be missed.

Rock climbing has come a long way since its humble beginnings. This documentary dives into the eclectic group of outdoor enthusiasts who pioneered and transformed the sport in Yosemite Valley.

Starting in the 1950s and following through to the modern-day, the film shows how the sport evolved from a fringe activity to a worldwide phenomenon. In the early days, the climbers were seen as outlaws who dropped out of society in order to pursue a life on the wall. And the development of climbing culture in the area is a captivating tale.

You’re plunged into the antics and drama of the time, with groups that clashed and competed to achieve the most challenging climbs. You’ll also get acquainted with the best climbers from each generation, who would steadily out-compete their predecessors by standing on their figurative shoulders.

Old footage and images are brought to life in a creative and innovative way, which really helps immerse you in the stories.

The film is a good one to watch first, as it really helps to give some context to the sport. It’s incredibly informative and fascinating, and will transform the way you see climbing and the associated culture. Plus, it pays homage to the brilliant people who paved the way to one of the world’s greatest adventure sports.

El Capitan, colloquially known as El Cap, is one of Yosemite’s most striking and intimidating rock formations. Each morning, the sun lights up its sheerest and most imposing face. This wall is known as ‘The Dawn Wall’, and no one had even considered free climbing it until a chap called Tommy Caldwell came along.

Climbing the Dawn Wall became Tommy’s obsession. He spent years meticulously planning, training, preparing, and executing it. This rock climbing movie documents his journey and perils, from his earliest climbing days to his eventual top-out on the summit of the Dawn Wall.

The 3,000-foot face completely dwarfs Tommy and his climbing partner, and the footage really conveys the sheer scale of this monumental climb.

From being held hostage in Kyrgyzstan to losing half of his left index finger, Tommy has had his share of obstacles. Yet, even with a missing finger, he climbs the wall with more determination and prowess than almost any other climber.

If you’re looking for good rock climbing movies on Netflix, this is the one for you.

Looking for a little more drama? Both of these movies about mountain climbers are true stories, but they’re dramatized with actors into pieces that feel like fiction. They pull you right in and offer immersion that documentaries can’t.

The world’s most revered summit has seen its fair share of climbing catastrophes. Getting to the top is a slow and grueling feat that has claimed hundreds of lives, with bodies still littering icy slopes.

This movie follows the true story of a group of climbers who get stuck in a storm as they climb the highest reaches of the mountain. From the start, you’re pulled into their world. You’ll find yourself on icy ridges and crossing bottomless blue crevasses. You’ll feel chills as storm clouds roll over and pin you to the snowy slopes, surrounded by whiteness.

The journey is all-consuming and it really connects you with each of the climbers. You’ll get acquainted with the brave individuals who fought to help the weaker climbers, and feel entangled with the heartbreaking struggles.

With expertly crafted special effects and incredible, scenic shots, the movie offers real immersion. So be sure to find a high definition version and watch it on the biggest screen you can find. Loud speakers will help, too!

Based on yet another true story, Touching the Void is one of the most outrageous and exhilarating survival stories in existence.

If you haven’t read the book, do so first. Penned by climber Joe Simpson, it’s a firsthand account of his insane journey in the Peruvian Andes. It’s among my favorite reads of all time and makes a great gift for climbers.

Along with his climbing partner, Joe attempted to summit the unclimbed and isolated Siula Grande peak, far from anyone who could help.

The trailer touts the tale as ‘beyond anything you would bare to invent’, and it’s not an exaggeration. It’s a story of crushed bones, cut ropes, and grueling, blood-soaked crawls through mountainous tundra.

The docudrama weaves interviews with the climbers into the narrative, with recreated footage that plunges you into the action. At the very least, it flaunts exceptional determination and will power. So it’s a good watch if you’re having a tough day and feel like putting your troubles into perspective.

As climbers, we’re endlessly fascinated by the people at the outer fringes of the sport. People who push past the barriers of normalcy and into a world that we can only dream of. Rock and mountain climbing are some of the most exhilarating and captivating activities on the planet. And seeing the most daring feats of climbing in history is a thrill ride that truly inspires us.

Have you seen any amazing climbing films? These are our favorites, but we know that there are more out there. So please drop a comment below with your top picks!